This is a list of Internet socket port numbers used by protocols of the transport layer of the Internet Protocol Suite for the establishment of host-to-host connectivity. Originally, port numbers were used by the Network Control Program (NCP) in the ARPANET for which two ports were required for half-duplex transmission. Later, the Transmission Control Protocol (TCP) and the User Datagram Protocol (UDP) needed only one port for full-duplex, bidirectional traffic. The even-numbered ports were not used, and this resulted in some even numbers in the well-known port number range being unassigned. The Stream Control Transmission Protocol (SCTP) and the Datagram Congestion Control Protocol (DCCP) also use port numbers. They usually use port numbers that match the services of the corresponding TCP or UDP implementation, if they exist. The Internet Assigned Numbers Authority (IANA) is responsible for maintaining the official assignments of port numbers for specific uses. However, many unofficial uses of both well-known and registered port numbers occur in practice.
The port numbers in the range from 0 to 1023 are the well-known ports or system ports. They are used by system processes that provide widely used types of network services. On Unix-like operating systems, a process must execute with superuser privileges to be able to bind a network socket to an IP address using one of the well-known ports. This is how communication between computers work in the network. 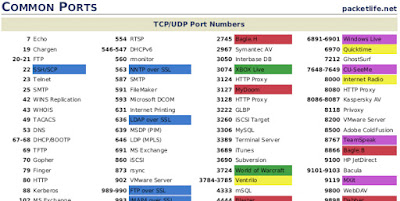 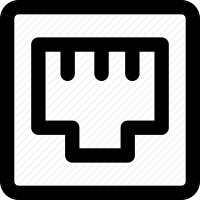